by The Country Rockers 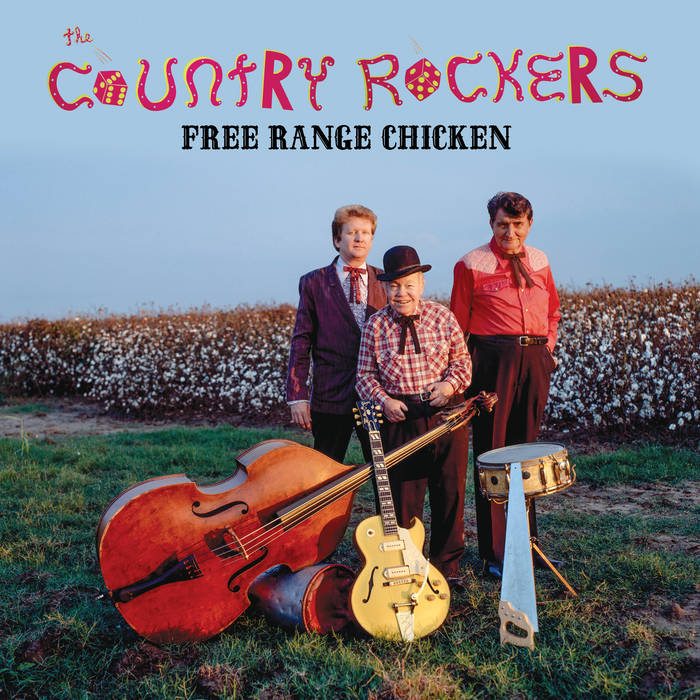 MEMPHIS, Tenn. — If there is a formula for a quintessential ‘Memphis story,’ it calls for equal parts weird and wonderful. It’s this mix that permeates the bizarre, delightful Americana of The Country Rockers’ 1988 debut Free Range Chicken, due for a second wave of cult adoration with a reissue on Big Legal Mess set for January 6, 2017.
Like so many of those great Memphis stories – particularly of the musical sort – the Country Rockers happened fairly accidentally, when the right person walked into the right bar at the right time. That person was Ron Easley – an accomplished guitarist and bassist who, at the time, was touring with Alex Chilton – and the bar was Dennis’ Place, which you’d call a dive if only the word alone could do justice to its character. It was at Dennis’ Place that Easley stumbled upon The Country Rockers.
“(The bass player) Miss Lillian got religion and quit playing the devil’s music, opening the way for me to slide in,” Easley says today. “Dennis’ Place is where it all gelled. I could have just as easily driven right by that night, and gone on home.”

But of course, he didn’t – and it wasn’t long before the walls of the little bar on Lamar Avenue couldn’t contain The Country Rockers. The unlikely trio (Easley, Gaius Farnham on drums and Sam Baird on guitar and vocals) began gigging in midtown and later toured the U.S. and Europe, playing CBGB in New York City and sharing the stage with Bob Dylan and the Wu-Tang Clan in Stockholm.

“Easley was hardly a meddler,” Andria Lisle writes in the album’s liner notes. “Rather, he recognized the beauty of the group: Baird’s stoic presence at the microphone, looking like the mournful Kaw-Liga he frequently sang about; the novelty offered by the presence of Farnham, a dwarf, on the drums; the sincere delivery of songs like “Pistol Packin’ Mama” and “My Happiness,” which date back to the 1940s.”

Free Range Chicken, the band’s debut album, was originally released on French label New Rose Records 28 years ago. Produced by Easley and recorded at his younger brother Doug’s four-track Easley Recording Studio, it’s loose and lively – from the Rockers’ off-kilter take on “Wipe Out” (Farnham’s only shot at lead vocal, and one of the record’s most memorable tracks) to the traditional honkytonk feel of numbers like “Drivin’ Nails in My Coffin” and “Fan It and Cool It” and the sincerity of “Finally,” a waltz so perfectly WORD that if you close your eyes, you’ll surely find yourself right back at Dennis’ Place.

For the reissue, Big Legal Mess added two tracks recorded live at Memphis’ late, famed Antenna Club, where The Country Rockers were “an integral part of the mid-1990s scene,” writes Lisle, “sharing the bill with acts like (Alex) Chilton and the all-instrumental band Impala.”

“Rock Around with Ollie Vee” brings the most polished sound you’ll find on Free Range Chicken, thanks to a tighter rhythm and Easley’s slick lead vocal, and album-closer “Was Hab Ich Falsch Gemacht” is a reverb-drenched Hank Williams-eque instrumental.

In 1994, the Country Rockers were forced into retirement when Farnham’s sister Betty died, and he had to relocate to live with another sister in Maryland. Farnham died on New Year’s Day in 2000, at the age of 86, and Baird followed six years later.

“It was an ignominious end for the Country Rockers’ frontman, who had started out playing rhythm guitar in 1939,” Lisle writes in the liner notes. “’Sam had been put in a home in Collierville,’ says Easley. ‘When he died, his guitars were taken into Yarbrough’s Music and sold for a dime on a dollar. He had a Martin, a dobro, an upright bass… I got his electric Harmony for $65.’”

The coda to his story, though, is yet to come. Look for Free Range Chicken January 6, 2017 via Big Legal Mess.

Bandcamp Daily  your guide to the world of Bandcamp

Benji B talks about his new compilation ‘Deviation Classics’